The Story behind “Silent Night”

Once upon a time… the classic opening line of a fairy-tale, which we all remember from our childhood. Once upon a time… is, however, also how the true story of the world famous Christmas carol "Silent Night" begins. The so-called song of songs, it has been translated into more than 300 languages and UNESCO has declared it an intangible piece of Austrian cultural heritage. That’s a lot of fuss over such a simple, short song as "Silent Night".

The creation of the epitome of a Christmas carol

You can just imagine how the curate Joseph Mohr felt when he moved to the village of Oberndorf by Salzburg. He was a very musical man, who loved organ music in his church. Unfortunately, the organ in Oberndorf’s St Nikola church was broken. Luckily though, Mohr got to know the village school master and organist, Franz Xaver Gruber, who was a teacher with heart and soul. When Mohr composed the text for the carol in 1816, he asked Gruber to set it to music for him. Mohr wanted at least one Christmas carol to be sung at the Christmas mass despite the broken organ. In 1818, with just the simple accompaniment of a guitar, the curate Mohr and teacher Gruber sang this extraordinary song for the first time.

From Oberndorf to the Ziller Valley

In 1819, an organ maker from the Ziller Valley, named Karl Mauracher, was brought to Oberndorf to repair St. Nikola’s broken organ. He heard the new carol and took it back to the Ziller Valley, where he passed it on to the Rainer family singers, who sang it at the Christmas mass that same year. A few years later, in 1922, the Rainer singers sang it for the Habsburg Emperor Franz I. and Tsar Alexander 1 in the Emperor’s suite of Fügen Castle. 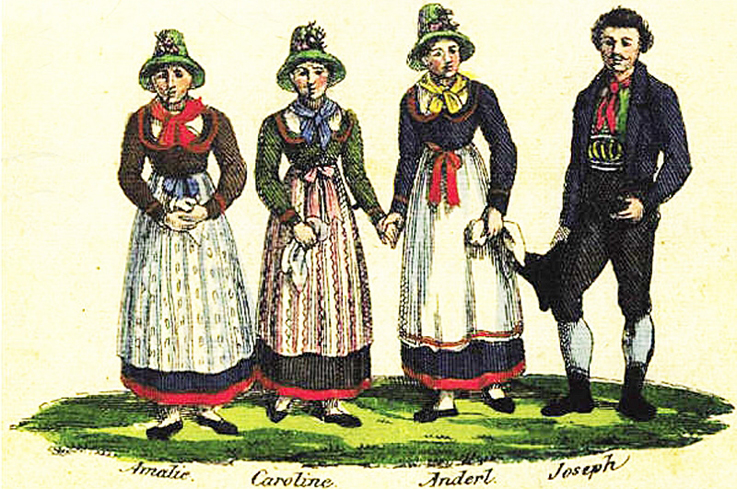